Skip to content
Home/Quotes/Word of the Week: Fetch
Previous Next

Word of the Week: Fetch 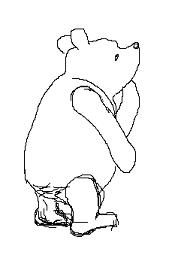 “Did you make that song up?”
“Well, I sort of made it up,” said Pooh. “It isn’t Brain,” he went on humbly, “because You Know Why, Rabbit; but it comes to me sometimes.”
“Ah!” said Rabbit, who never let things come to him, but always went and fetched them.
~A.A. Milne, The House At Pooh Corner

I love this conversation between Pooh and Rabbit. The first time I read it as an adult, I remember thinking that Rabbit was Terribly Efficient, and that there couldn’t be anything creative in someone that practical and sensible. I fancied myself more like Pooh, somehow. I felt like I was moodling and bumbling along, letting things come to me. It wasn’t Brain, of course, but “Inspiration.”

When I happened upon this quote last week, I realized that I don’t see myself as Pooh or Rabbit anymore, but someone in between. Inspiration is great, but even “creative” types need to fetch sometimes. In fact, I think you create more opportunities for inspiration if you are actively seeking them instead of bumbling around.

What do you think? Are you a Rabbit or a Pooh? Or someone in between? Do you fetch things or wait for them to come to you?