Skip to content
Home/Just Thinking, Quotes/What is “Real”?
Previous Next 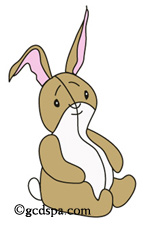 I spent most of Saturday lost in kids’ party land. I’ve been working on new design ideas and finally had a big block of time to finish up. While I was working, I realized that this is my 14th year of doing graphics work. I remembered something an early client told me when I first started designing ads for her: “You’re not a real designer.”

My degree is in biology and psychology, and though I’d always had a personal interest in art, I had no formal education in design. My client was an artist and designer who had a degree from a design school. What she didn’t have was a computer or the skills to create a digital ad, so even though I wasn’t a real designer, she still hired me. But I remember feeling like an impostor. I didn’t feel comfortable asking for money for my work. And even 14 years later I’m still telling people, “I’m not really a designer.” 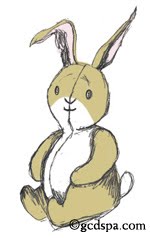 My favorite book about being real is The Velveteen Rabbit. Do you remember that children’s book by Margery Williams? There’s a scene when the Velveteen Rabbit talks with the Skin Horse about what it means to be real:

“What is REAL?” asked the Rabbit one day, when they were lying side by side near the nursery fender, before Nana came to tidy the room. “Does it mean having things that buzz inside you and a stick-out handle?”

“Real isn’t how you are made,” said the Skin Horse. “It’s a thing that happens to you. When a child loves you for a long, long time, not just to play with, but REALLY loves you, then you become Real.”

“Does it hurt?” asked the Rabbit.

“Sometimes,” said the Skin Horse, for he was always truthful. “When you are Real you don’t mind being hurt.”

“Does it happen all at once, like being wound up,” he asked, “or bit by bit?”

“It doesn’t happen all at once,” said the Skin Horse. “You become. It takes a long time.” 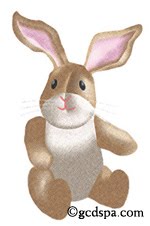 Another of my favorite books is Steven Pressfield’s The War of Art. In the book he talks about “turning pro.” He speaks of “the Professional as an ideal,” contrasting it with the amateur. He says:

The conventional interpretation is that the amateur pursues his calling out of love, while the pro does it for money. Not the way I see it. In my view, the amateur does not love the game enough. If he did, he would not pursue it as a sideline, distinct from his “real” vocation. The professional loves it so much he dedicates his life to it. He commits full-time.

It seems to me that becoming a real anything requires these three things: Love. Commitment. Time.

I’m grateful to my client (who later became a good friend) for pointing out that I wasn’t a real designer. I still don’t think I’m real. But I’m becoming. I love my work, I’m committed to it, and I will keep putting in the time, which is my real joy.

Are you a real something? How did you know that you were real? What have you committed to becoming?