Skip to content
Home/Uncategorized/On the Couch or On a Roll?
Previous Next

On the Couch or On a Roll? 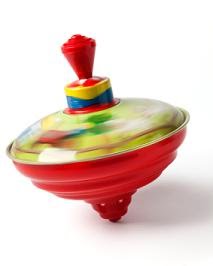 As I mentioned a couple weeks ago, I’m reading Zappos CEO Tony Hsieh’s Delivering Happiness. In an early section of the book he talks about what he wants to accomplish in his life, and relates business and life choices with what he’s learned about poker. At one point he realizes that if things aren’t working out, he can always “change tables. Psychologically, it’s hard because of all the inertia to overcome. Without conscious and deliberate effort, inertia always wins.”

Nowadays when I read the word “inertia” I think “couch potato,” but that’s just because I’ve tried hard to forget all of the physics I ever had to learn. When I look up inertia the first definition includes words like “inertness; inactivity; sluggishness.” But the second says, “the property of matter by which it retains its state of rest or its velocity along a straight line so long as it is not acted upon by an external force.” In everyday words that means inertia describes the guy on the couch as well as the guy “on a roll.” Inertia is sitting still because it requires effort to move, but it’s also moving forward because it takes effort to stop the momentum. When it comes to our jobs these are very different issues, but inertia in any expression can cause trouble.

Everyone knows about the couch potato trouble, the can’t-get-the-top-spinning kind of inertia. The best cure that I’ve found for this is Steven Pressfield’s book The War of Art. He talks about Resistance, that thing that keeps us from doing what it is we’re supposed to be doing. He talks about the many forms it takes, and he’s funny and direct and helpful. I’ve read this book several times, and each time I find more relevance to more areas of my life. It isn’t just about writing or creative work, it’s about deciding who you want to be and then being able to make that happen. If you know what you want but you’re finding it hard to do it, read this book. It helps.

Pressfield also has a new book called Do the Work. The Kindle edition is free. I’m reading it now and it’s also excellent, even more help in this never-ending battle with Resistance.

This other side of inertia, however, has me stumped. I’ll admit, I’m a workaholic. I’m not recovering. There probably isn’t a cure. The intervention could come any day now. The point is, I can relate more to the “momentum” part of inertia than the “resting” part. On a work day, that’s good. In the middle of a rush order, it’s necessary. But on a vacation or weekend intended for family time, it’s trouble. That’s why I’m sure that Tony Hsieh was also talking about this aspect of inertia when he said, “Without conscious and deliberate effort, inertia always wins.”

This is the inertia that can propel people into business growth that they don’t want, partnerships that don’t suit them, bigger, better, faster equipment and technology that doesn’t work for their businesses or lives. When you’re on a roll it’s hard to stop. It’s hard to slow down. It’s difficult to change gears. I’m struggling with this right now, because I know that there’s value in both: that spending a little more time on the couch is actually as good for me as working! I’m looking for new ways to stop and start with less difficulty. Do you have any suggestions?

Do you have trouble with inertia? When you take time off, is it hard to start back up again? When you’re working hard on something, do you sometimes sit back and realize it’s the middle of the night and you’ve been lost in the project? Are you on the couch or on a roll? What techniques do you use to transition between the two?