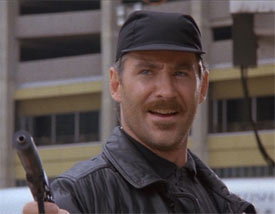 If you’ve seen A Fish Called Wanda, you know Otto. Kevin Kline won an Oscar for playing the American weapons “expert” brought in for a British diamond heist. Otto quotes Nietzsche and fancies himself an intellectual, but his impulsive, emotional actions compromise their plans time and again. When others criticize him, he interrupts by saying: “Don’t call me stupid.”

I don’t like being called stupid or feeling stupid, either. To be honest, I really don’t like that word but I’ve been hearing it a lot lately. Here’s what happens: my phone rings, I answer it, and someone says, “I’m interested in your such-and-such product. This is probably a stupid question, but [insert entirely appropriate, intelligent question here]…” This opening statement is repeated in emails, too. “I’m sure this is a stupid question,” the writer begins. I find it so puzzling!

Small businesses (like mine) spend a lot of time talking about themselves and their products. It’s up to me to teach people about what I’m offering, so I’m on Facebook and Twitter nearly every day to share information and answer questions. To those of you who have called (or emailed) to ask questions, I simply say: You had me at “I am interested.” You have no idea how excited I am by those words! And you need to know that there is no such thing as a “stupid” question to me.

So whatever you do, don’t call YOU stupid! And make sure that if you have a question, no matter what it is, you call to ask! I’d love to talk with you!